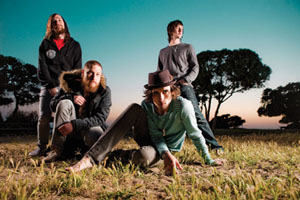 The band All American Rejects release their new song after not having released anything for quite some time.

All-American Rejects recently released a new song called “ There’s a Place”. The band hasn’t released anything new in quite some time so the new song has surprised their fans. Only problem is, is that the song sounds nothing like them. The sound is so vastly different it sounds like a completely different band. needless to say I was left feeling disappointed after listening to it. I can only hope that the next song, if there is a next song, is better and that it sounds more like the band we know and love.