Charley Crockett’s “Music City USA” is a trip worth taking 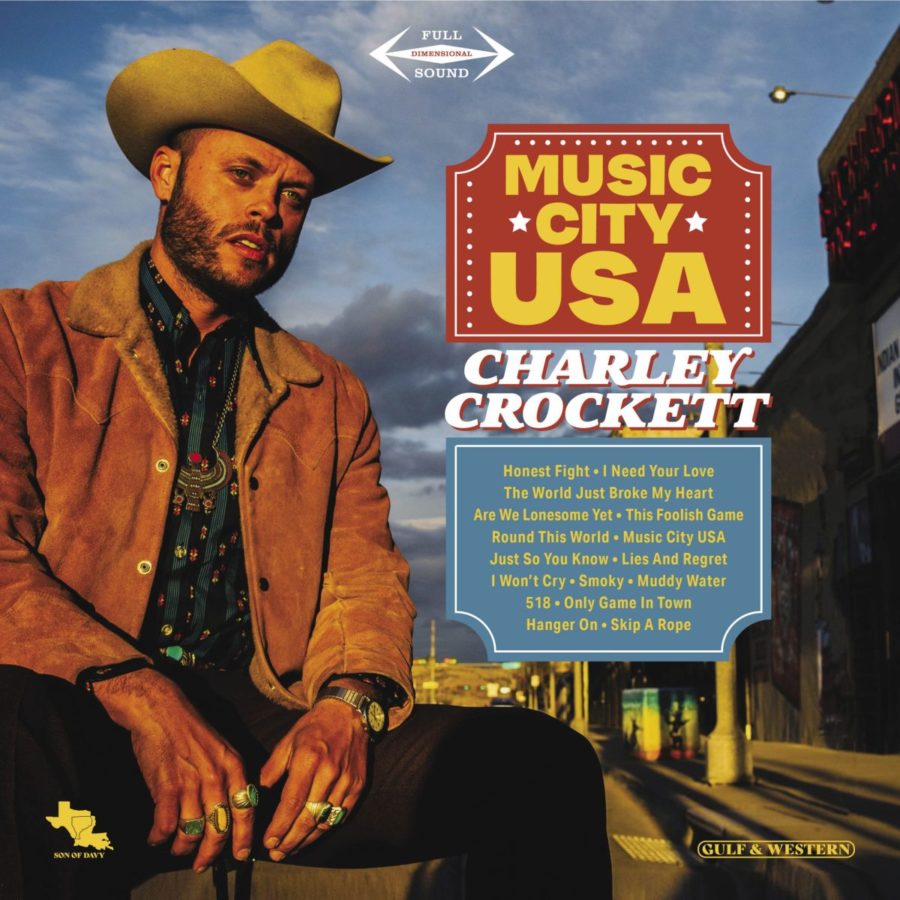 Charley Crockett continues to preserve traditional blues and country music with his new album, Music City USA. His 10th album in his prolific seven year recording history and his second of 2021, Music City USA is an enjoyable fast-paced ride through the life of a modern day honky tonker.

Crockett’s style has never been easy to categorize. His music has been labeled as blues, soul, Americana, and straight up country. The truth is, Crockett fits none of these labels; he’s his own thing entirely. Crockett lists a large variety of artists as influences, ranging from Tejano musicians like Freddy Fender, to classic honky tonkers like Hank Williams, to R&B singers like Curtis Mayfield. Diverse as his music is, Crockett is a cultural melting pot of African, Cajun, and Jewish ancestry with a distant relation to Texas legend Davy Crockett. There couldn’t be a more unique artist.

Music City USA is a return to Crockett’s more soulful side after his recent country music-based releases. The 16 songs on the album may seem exhausting, but in classic Crockett style, the songs rarely exceed much more than 3 minutes in length, making the album a tasteful 49 minutes. Crockett’s strength has always lied in his consistency, and he continues this in his newest album. Not every song will blow the listener away – that’s not Charley’s aim. Instead, Music City USA delivers a handful of outstanding singles with an array of solid, simple crowd-pleasers to make the entire album an enjoyable listen.

The strongest songs on the album are the three previously released singles. The first single, “I Need Your Love,” is the second song of the album, following the earnest western opener “Honest Fight.” “I Need Your Love” is, in my opinion, Crockett’s song of his career. The simplicity and pureness in intention of the lyrics along with the easy soulful swagger of the rhythm section and Charley’s passionate vocal delivery make it an accessible masterpiece. I’ve been listening to this song since it dropped this summer, and I have yet to tire of it. It’s definitely a special song.

The second single, the sixth song of the album, is “Round This World,” a rollicking bluegrass banger with plenty of banjo to spare. While the lyrics are pretty juvenile (“I’m going round this world; I’m going round it, pretty girl”), Crockett makes up for the lack of lyrical thought with his energy. Even if you can’t really tell what he’s trying to say, you know he means it.

“I Won’t Cry” is the 10th song and final single on the album. Though “I Won’t Cry” has a horn section and swagger reminiscent of “I Need Your Love,” the song has a darker undertone, conveyed by the pessimistic lyrics and slight dissonance of the horns. Where “I Need Your Love” provokes imagery of a renewal and commitment in a strong love, “I Won’t Cry” paints a picture of a love lost and rejection. This is a pretty grim song, even for traditional country standards, but it is a great single that showcases Crockett’s ability to fuse R&B with country music.

Music City USA is definitely worth a listen. The singles are great, of course, but the effect of all of the songs together can transport one to another place: a strange world where the sounds of the past and present are combined and impossible to differentiate.