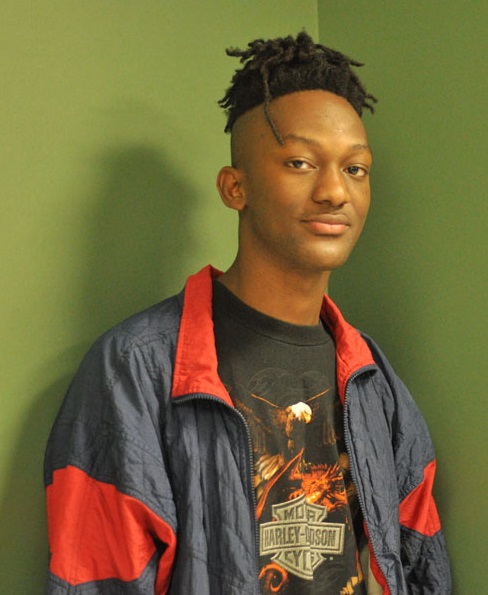 Synthetic beats and slow rhythms give way to the lyrics in senior Jermaine Oppong’s single “Famous.” With more than 3,000 views on Soundcloud, it is his most successful song to date.

His inspiration for his hip hop and R&B stems from artists such as Post Malone and Travis Scott, both successful musicians coming out of Houston.

Oppong, who has been writing music since he was 14 and recording since his freshman year of high school, hopes to follow in their footsteps.

“They were in the same position as me one day,” Oppong said, “and they found a way.”

Oppong is finding his way to the top by playing small shows at places like the White Swan in downtown Houston. The club is a small, run-down structure with the words “I let a boy kill me” graffitied on the side and a wooden sign with a white swan painted in black ink.

The up-and-coming musician is determined to play more shows as he spreads his music, pushing forward in his career and in his life.

Music is a way for him to express himself, a way to find himself, and his supporters and fans see that in his music.

“They are slow viby music songs you can listen to in the car at 12 a.m at night,” Oppong said.

Oppong has written many songs by dabbling on the piano he has not yet mastered, but still has seemed to find the words he wants to portray, including his favorite lyric:

“Don’t eat with the clique if you ain’t starving with us.”

Positive feedback – anything from comments on how talented he is to finding a fan who listens to three of his songs every day – has made him realize what he’s found.

Oppong has found something he enjoys doing alone and along with friends. His music is what he’s strives to improve, something that challenges him and changes him for the better.

“It makes me feel like I’m accomplishing something positive with my life,’” Oppong said.

Many musicians grapple with doubt and struggle. Not Oppong. When it gets hard, it just motivates him more.

“I’ve never wanted to give up I just wanted to make better music,” Oppong said. “I do it because I truly enjoy it. Everyone has something they truly like and not everyone is gonna be interested in the same things – but music is my interest.”