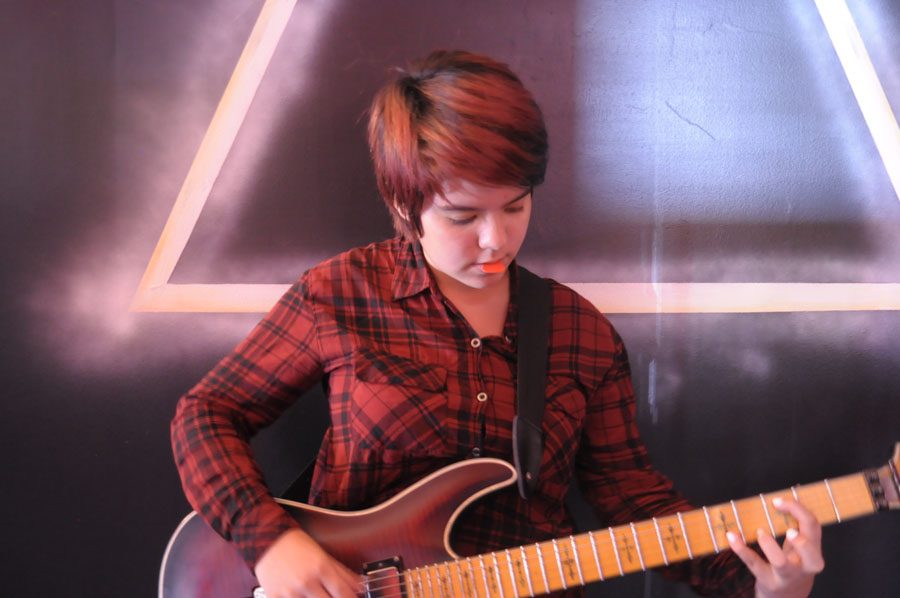 Listening to music can help during a hard time, but for sophomore Alexandria Andrade, writing music is what has helped her. Andrade has been playing guitar since 2014, and recently began production on her first album, titled “Cheers.”

Andrade began the album at the end of last school year after a bad breakup. Her genre — a conglomeration of several different styles — is hard to pin down, but the songs on her album deal mostly with struggles she has overcome in her life.

Andrade is producing the album with the help of her guitar teacher at School of Rock music school, recording her songs on her phone. The bootstrap production hasn’t discouraged others from enjoying her music however, as some of her friends already downloaded her songs on their phones and have told her that they listen to them often.

Her dad has been exceptionally supportive of her music endeavors, exposing her and her brother to music at a young age and making her take music classes.

“I think the best feeling ever is finishing a song, and listening to the final product, with all the pieces fitting together,” she said. “It’s really great,” she said.