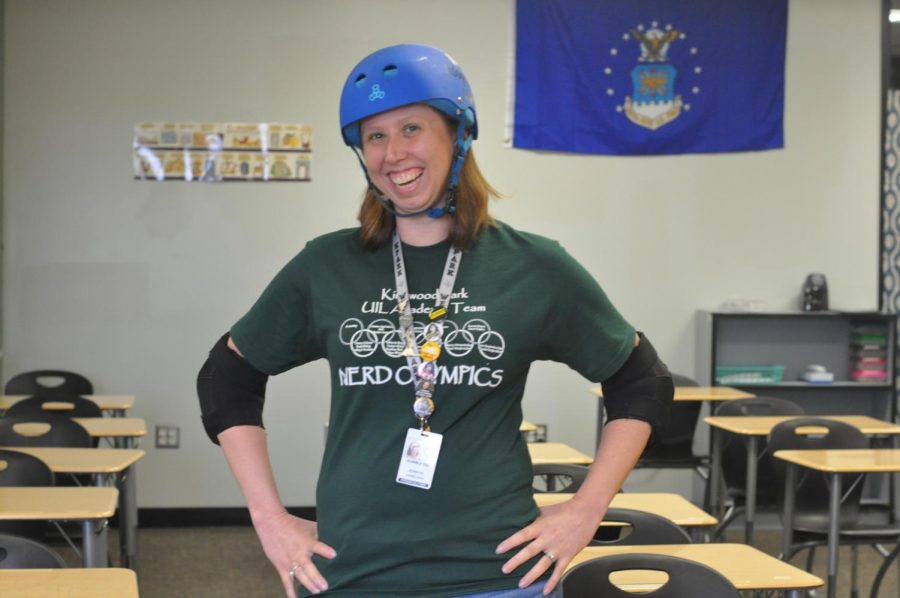 World History teacher Jennifer Danielson first learned about roller derby from her job. At the time she was living in Austin and had a sales job. She went into work and found out she had to go to a roller derby game. She got to the game and immediately fell in love with the sport. When the game was over, she got pictures with the girls. A year later she finally joined.

“I thought it was awesome how everyone was a different age and how furious each individual was,” Danielson said.

Roller derby is like a race. There is the Jammer who is the only person that can score. She has one minute to pass other players but the other players can stop the Jammer by hitting them or holding them back.

One of the worst injuries was when she broke her hand.

“I remember I broke my hand by making a move I shouldn’t have made,” said Danielson. “I had to keep playing while holding my hand to my chest.”

She didn’t realize it was broken until three days later. She went to the doctor because her hand was hurting. The doctor made her unwrap her hand by herself for an x-ray. When the x-ray was done she was rushed into emergency surgery. Her metacarpal was broken in two places. To fix her hand, the doctors had to place a metal plate in to replace the bone.

“Everyone became friends with one another and when I had to quit I lost contact with a lot of them,” Danielson said.

About two years ago she had to quit due to her getting pregnant. Some of the things she misses are the girls, the physical activity, gearing up, the game, and her friends.

One of the biggest challenges Danielson faced was coming out of her shell. She was always afraid that she might hurt someone or get herself hurt. She went from being socially awkward to being able to hit people as hard as she would like without being mad at them.

“When you’re on the track, you’re a different person. You can be the person that you’re not,” said Danielson.