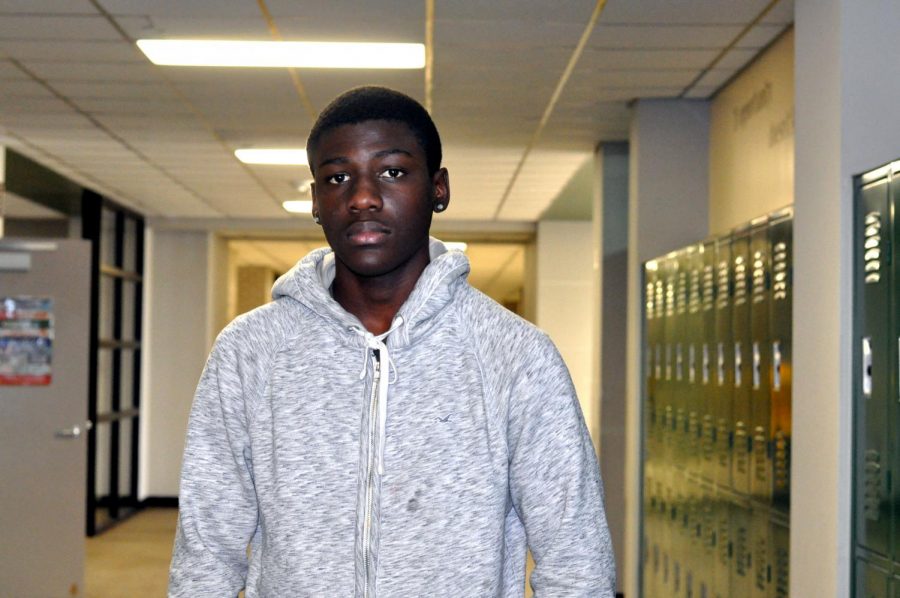 Sophomore Dyonie Hicks enjoys having nine siblings to deal with at home each day.

Sophomore Dyonie Hicks has shared almost everything with his siblings his whole life. He lives with his stepdad, mother, his three sisters and his six brothers.

“I am the third oldest in my family so I have always been use to sharing stuff,” he said. “I don’t have a lot of alone time but I don’t really mind it.”

Hicks has siblings in high school, middle school and elementary. He often goes to the park to play a basketball game or football game with his brothers.

“I have a lot of fun with my brothers, but they can get on my nerves too,” Hicks said. “They always come in my room and annoy me.”

However, Hicks doesn’t always think having so many siblings is bad.

“There are some benefits to having so many siblings though,’’ said Hicks. “I don’t have to clean as much because my brothers and sisters do some of the cleaning around the house so as long as everybody does their part all I usually have to do is sweep or mop,’’ he said.

Even though some days Hicks struggles to even tolerate his siblings he is still grateful for them everyday.

“At the end of the day they’re my brothers and sisters and I would do anything for them,” said Hicks.