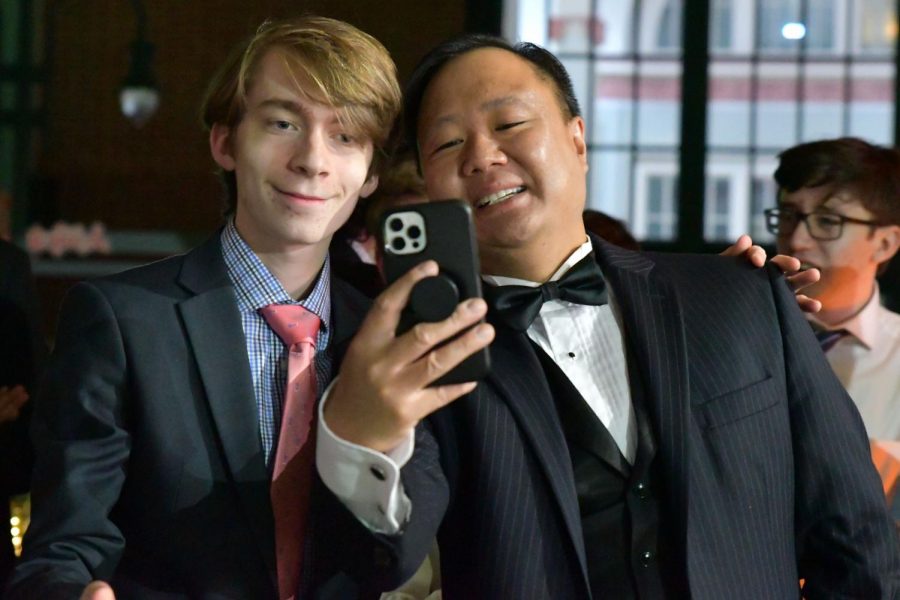 Mr. Dang’s sixth period class starts each period with an “outfit of the day” presentation where someone stands at the front and shows off their outfit, and of course Mr. Dang’s outfit. Cheers erupt when he shows off his ankle brace and his Apple Watch.

Mr. Dang makes a hard class fun through jokes, songs and his overuse of the word “whatever.” UT football, his two cats and the song The Sign by Ace of Base are a few of the many things Mr. Dang loves that his students will never forget. Not only that he always makes sure his students know that he has tissues available when the math gets so hard they want to cry.

Mr. Dang is strict, but fair. He treats his students with respect and he gets it back. He listens to students and makes conscious decisions about due dates, while also grading lots of assignments quickly.

He’s patient when his students break out into song during class and when someone has a life question they need answered. He listens intently and answers with candor. He lets his students know the truth, whether it’s what they would want to hear or not.

Mostly though, Mr. Dang is incredible at teaching math. He’s been doing it for quite a while, and you can tell by his large amount of ID badges and the near perfection of his teaching. He drills the unit circle until students could recite it in their sleep and he even introduces the mathematicians who created the concepts that he teaches. He’s dedicated to his students, bringing cookies to tutoring and making t-shirts for his AP classes.

Mr. Dang cares about math and his students which shows every single day when students walk into his class. He brings personality to numbers and equations, when it seems nearly impossible.