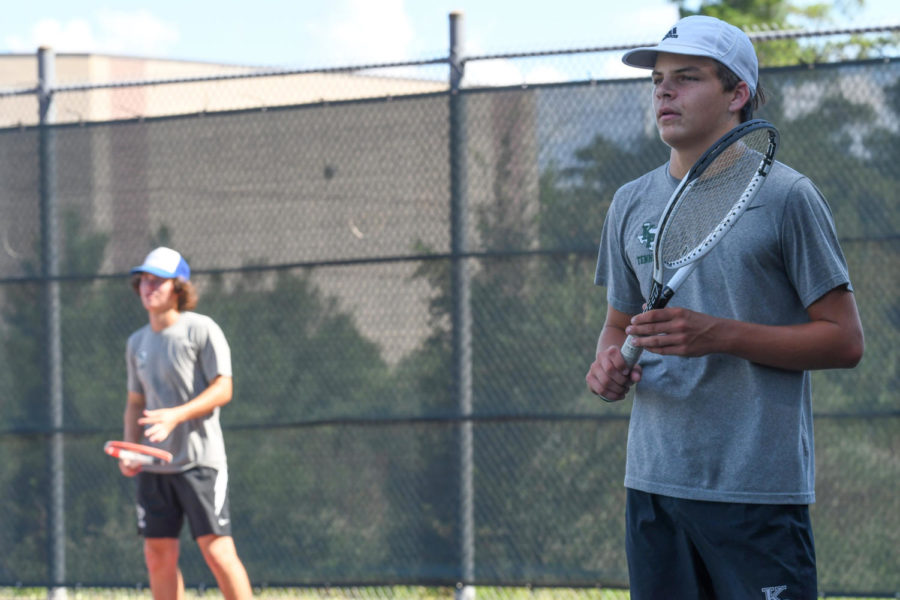 What do you like most about the tennis team?

“Just having fun and playing.”

Do you play doubles or singles? Who is your doubles partner?

“Right now, I play both. Talmage [Hammond] is my doubles partner. But in the spring season, I play singles.”

What has been your best moment on the tennis court?

“Probably this year when Talmage and I won against Katy Taylor.”

What has been the highlight of the season for you?

“Yesterday (Sept. 27) when we won the district championship.”

If you could only bring three things on an island, what would they be?

If you didn’t play tennis, what other sport/activity would you play? Why?

Who is your biggest role model?

“I guess for sports it would probably be Peyton Manning.”

What else do you enjoy doing when not playing tennis?

What is your favorite go-to snack?

If you could have lunch with anybody who would it be?