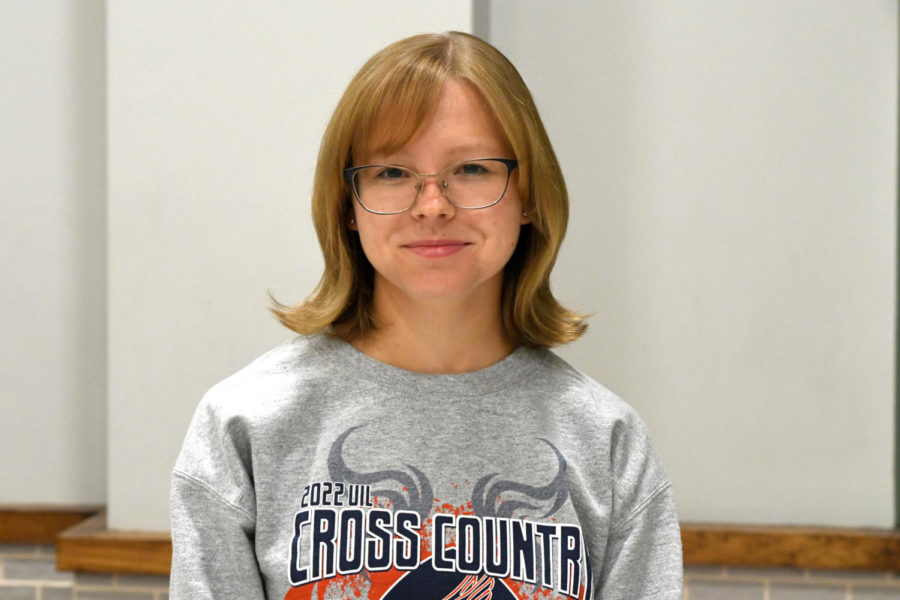 Senior Ray Hughes has ran cross country since middle school, and looks forward to going to the State Meet for the first time. They were nervous going into Regionals because it could have been their last high school meet.

“(Regionals) was definitely the most nervous I’ve ever been because the meet mattered the most,” Hughes said.  “All the other meets are like normal competitions. This one really mattered to us.”

The course was half a mile longer than expected, which threw Hughes off a bit. They weren’t sure how the team would place. The coaches were on the side encouraging the team to keep pushing forward to the finish line.

“I remember I was running and we were running as a group and then Coach (Kimber) Watson was yelling at us that we have to start pushing it because we started falling behind,” Hughes said. “So I just started picking it up and, you know, just started passing people. And very soon I was by myself and it was very nerve-wracking.”

The race was challenging because the course was changed at the last minute. Rain the night before caused the changes and made the course muddy. But Hughes pushed through the unexpected obstacles and finished 23rd out of 150 runners.  The team found out later it had finished fourth in Region II, which advanced them to the State Meet. It was an emotional moment for the team, especially the seniors.

“I felt like I was about to have a heart attack,” Hughes said. “My chest was hurting so bad, but it felt really good to finish. And then when we found out we advanced, we were shocked. We just started crying. We were so happy.”