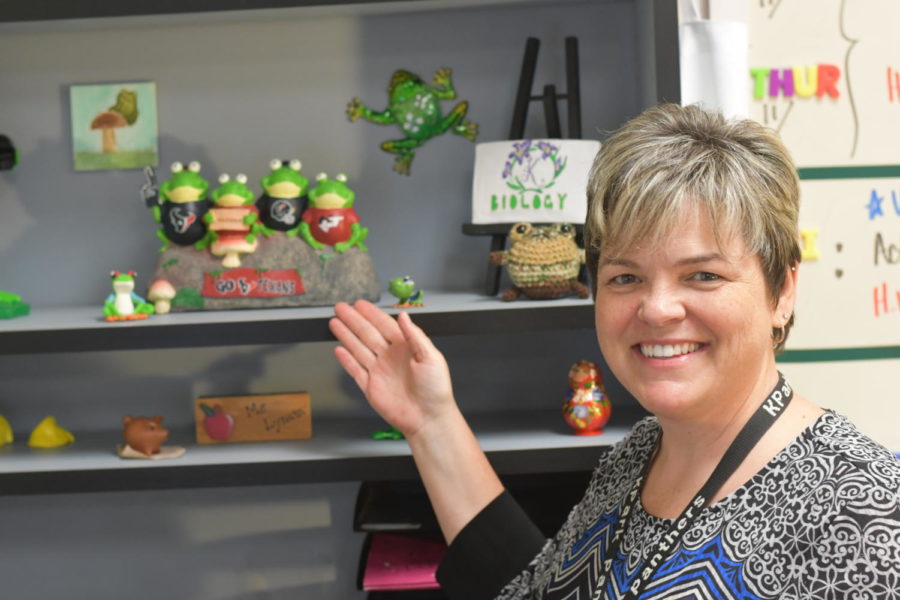 Kristen Lynam showcases her collection of frogs. She has made a positive impact on students throughout her biology commons.

Science was never one of my favorite subjects growing up. I thought it was boring, and I’d much rather use my imagination to write stories or draw. But when I step into Kristen Lynam’s biology class, it’s different.

She always makes the effort to make her teaching interactive and keep students engaged. She socializes with students individually and tries to help every student reach their full potential. Lynam really tries to accommodate every student’s learning styles. When a student is mean to another student in class, Lynam has this system she likes to call “3 ups.” It’s basically where one student has to give another student three compliments. But it can’t be about their looks and something physical, it has to be about their personality or their character.

Lynam challenges me and other students in class everyday. One memory that stands out to me happened at the beginning of the school year during parent teacher orientation.  It was near the end of the night, so my mom and I were the only ones in the classroom with Lynam. After my mom introduced herself, Lynam went on in detail describing me and how I was in class. Eventually we left, but it the fact Lynam pays so much attention to her students stuck with me. She had only known me for a short time, yet took the time to get to know me. She is the best science teacher that I’ve ever had, and hope to have her again  for AP Biology in the future.