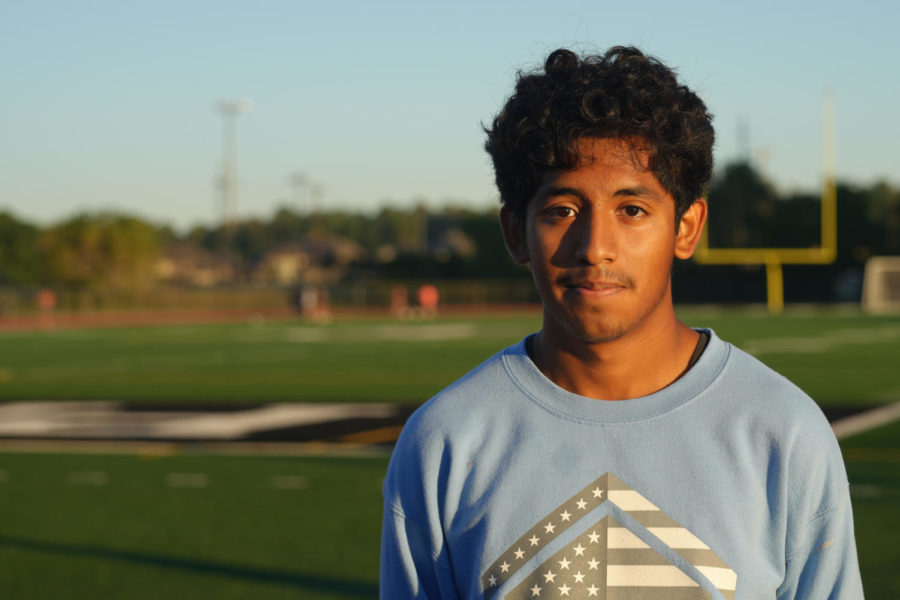 A worrisome sigh exhausted his lungs,as the nervousness of the unknown filled his body. After the gut-rinching performance from senior Osvaldo Jasso, a sense of relief came over him and his cross country team after finding out they reached the State Championship this year.

After suffering a season-ending injury during the 2021 season, Jasso was unable to run with his teammates at last year’s Regional Meet. Although this was a setback in his cross country career, he simply looked at it as a hill he needed to climb.

“I’m just like any other kid – hoping to run and get fast, with obstacles that we all have to overcome,” Jasso said. “Losing people, COVID, injuries, accidents – it’s just things that God puts for us to help keep us going.”

Jasso said it’s because of his faith that all the heartache he’s had in his life doesn’t compare to the love that God has for him.

“He has blessed me with everything – with the good and the bad,” Jasso said. “I’ve overcome so much; and I’ve also learned so much, and I have so much.”

Although Jasso’s faith continues to keep him going, he said his parents have helped him pursue his love for running. They wake up every morning to take him to early morning practices and show up to races to relay motivational words to him before and after his race.

As far as Jasso’s future, he wants to continue running in college as well as travel the world to explore different cultures while maintaining a goal-driven life.

As he heads to state with his team, he remembers what and who got him to where he is now.

“It’s painful,” Jasso said. “But at the same time, it shows you a lot of things. It shows you discipline and just shows you how mentally strong you can be.”