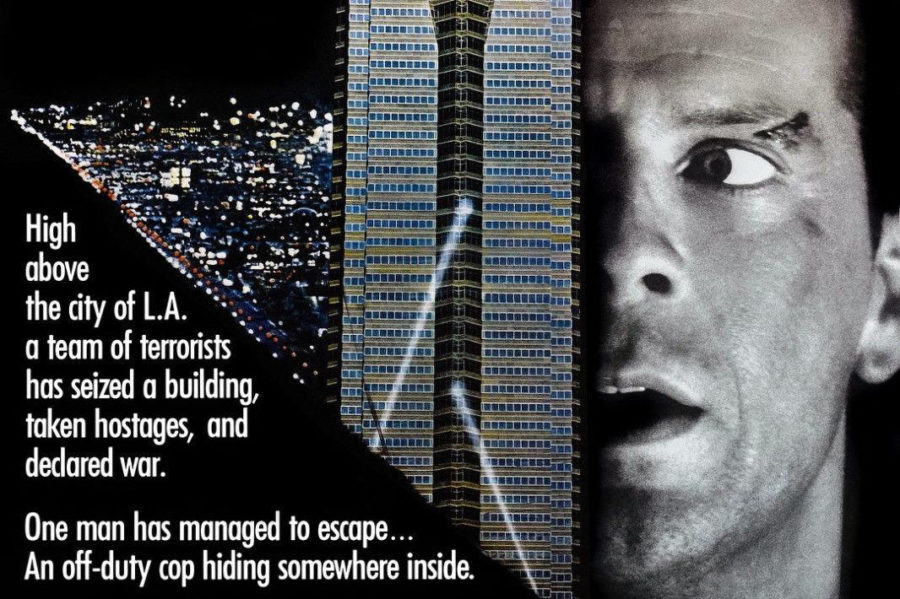 Is ‘Die Hard’ a Christmas Movie?

Die Hard came out on July 22, 1988. The movie is about John McClane (played by Bruce Willis) coming home to his family during Christmas. His wife was at her office Christmas party when it was taken over by a group of terrorist. McClane sneaks into the office to take down the villains in the story.

Die Hard is an action movie but it’s still a Christmas movie. First off, the soundtrack of the movie is filled with all different Christmas songs like “Winter Wonderland,” “Let It Snow” and a couple others. While the main focus is McClane saving his family, it all takes place during an office Christmas party. The whole reason he comes home is for Christmas. All of these things make Die Hard a Christmas movie.

Some people will say Christmas is not the main reason for the movie. But Christmas movies don’t need Christmas as the main focus of the movie. Although many of them are, it doesn’t mean all of them have to have the same focus as the last.

I personally think that it’s a refreshing look at Christmas, and I wish that more were like this instead of the regular love story or family issue.

Christmas movies do not include ‘Die Hard’

People say that Die Hard is a top-rated Christmas movie, but it is not even a Christmas movie at all. It is about a New York detective, John McClane, arriving in Los Angeles to spend Christmas with his family. Then all of a sudden a German terrorist group led by Hans Gruber.

The group interrupts a Christmas party in the Nakatomi Tower, a fancy tall building, and takes everyone hostage – well, everyone but McClane. He was in another room when the hostage taking was happening and hid. But he got discovered after he made some noises while witnessing the terrorist group killing the executive of the building.

The only Christmas thing about this movie is a guy living in New York traveling to see his family for Christmas. That’s basically it. The movie is really about a terrorist group wanting the code to the building’s vault because it contained $640 million.

Everyone knows that a Christmas movie has a theme about Christmas, Christmas songs playing throughout the movie, and the Christmas Spirit is included somewhere. The only thing that Die Hard has is bullets flying everywhere and people dropping dead. The thing I remember from Christmas is giving, not taking people’s lives.

Also, there’s barely any Christmas music. They only had “Ode to Joy” and the rest were your typical suspension songs that builds the mode of hiding from the bad guys and the sound of someone’s hand punching the other’s face.

If people say Die Hard is a great action movie, I completely agree. It’s similar to those classic ’80s, ’90s action movies that you watch with your parents. But Die Hard isn’t a Christmas movie, it’s just an action movie during Christmas.